If you love travelling and exploring new places, Cairns should definitely be on your bucket list. There are several tourist attractions in the city that will give you a good experience. Apart from that, there are car rental companies where you can get a rental car to use throughout your stay. In this article, we will talk about some of the spectacular sights and car hire companies in the city. 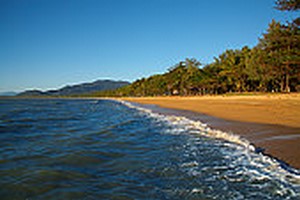 Cairns is one of the cities in Australia. It is located in the Cairns Region, Queensland, and there are several amazing places to explore in the city. The city got its name in 1876 after the former Governor of Queensland, Sir William Wellington Cairns. It was initially formed to serve the miners that headed for the Hodgkinson River goldfield. However, it developed to become a railhead and port where gold, sugar cane, minerals and other agricultural produces were exported from.

Cairns ranks 5th in terms of the highest population in Queensland and 14th in Australia. The population of the city as of 2018 was 152,729. When it comes to the city’s economy, the standard of living in Cairns is good as it serves as the main commercial centre for Northern Cape towns as well as the Cape York Peninsula Region. The city’s GDP in June 2019 was $9,603m and it generates most of its revenue through household service sectors and taxes.

The city has a rich history as it was once used by the Allied Forces during World War II. The people of Cairns are lovely and the dominant language spoken in the city is English. You will enjoy the culture of the people as they are lovers of arts. Cairns is the third most popular tourist destination in Australia and there are several beaches to explore in the city. The currency used in Cairns is the Australian dollar.

Cairns experience a tropical monsoon climate. From November to May, there are usually heavy monsoonal downpours while the dry season runs from June to October. The average annual rainfall in the city is around 2000mm. Summers in Cairns is usually sunny and humid with the temperature 31.7 degrees sometimes. In January, the city usually experiences flooding as a result of the monsoonal activity. There are several facilities available in Cairns to make your exploration worthwhile.

There are several gardens and awesome tourist attraction points in the Cairns. One such place is the Cairns Botanical Garden. The Garden was developed in 1988 and it showcases over 4000 species of plants. You can take a guided tour around the garden and know more about the plants. Another notable place you can visit while in Cairns is the Tjapukai Aboriginal Cultural Park. There are several fun activities carried out in the park including cultural dance performance, storytelling and music. From Cairns Botanical Garden to the park is 6.4 miles (10.4 km), and it’ll take about 11 minutes to drive there.

Palm Cove is a beach north of Cairns and it is prized for its pampering spa resorts. There are also several restaurants within the beach where you can enjoy local delicacies such as Rosella Jam, Moreton Bay Bug, and Macadamia. It is a good place to explore if you love nature. You can also check out Cairns Aquarium which showcases over fifteen thousand aquatic animals from 70 habitats such as the Coral Sea, tropical rainforest and the Great Barrier Reef. The distance between Palm Cove and Cairns Aquarium is 16.6 miles (26.7 km), and the drive duration is 27 minutes.

Another place to explore in Cairns is the Babinda Boulders. It is a natural gorge where a creek rushes between 4-meter high granite rocks. There are also several tales about the gorge which adds more glamour to it. Saint Monica’s Cathedral is a church in Cairns that is well-known for its beautiful stained-glass windows. There are 24 windows in the church which depicts the creation story from Genesis. From Saint Monica’s Cathedral to the Babinda Boulders takes about 54 minutes’ drive and the distance between the two is 40.8 miles (65.7 km).

Cairns has several car rental services such as Avis, Budget, Europcar, Hertz, Redspot and Thrifty. These car rental services have a good reputation globally and they offer international services as well. They also have a functional website where you can book for a car in advance before reaching the airport.

Before you choose any of the car rental companies in the city, endeavour to check their terms. Most car rental companies charge extra fees if you return the car later than agreed. By checking the terms, you will know what to expect. Additionally, we suggest that you inspect the car thoroughly before driving off, and point out any issues that you notice.

The roads in Crains are in good condition and it is regularly maintained due to the climate of the country. Traffic mostly occur only during work resumption hours (5.30 am to 9.30 am) and closing hours (3.30 am to 7.00 am). If you are driving on local streets, the speed limit is 50km/hr (31mph). However, the speed limit on all other roads (such as the arterials and major suburban routes) is 60km/hr (37mph). Nevertheless, you should watch out for road signals as speed limit may vary in some places within the city.

There are several car parks in Crains where you can park your car and explore the city. These car parks are spread across the city, and the amount the charge may vary from one to the other. If you are in a place where there is no public car park, you can check for street parking as it is allowed in most places in the city.