Compare prices on car hire in Canberra from all the major brands and find the best deals. When you book through us, unlimited mileage and insurance are always included in the price given. 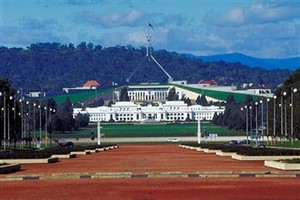 Canberra, which is the 7th largest city in Australia (320,000 inhabitants), is also the nation’s capital.It is located near the southeast coast of the Australian Capital Territory – quite midway between the major cities Sydney and Melbourne .

Canberra is a relatively young, planned city. It was through a government decision in 1908 and construction began in 1913. In 1927, moved both the government and parliament here. In the planning phase it was decided – inspired by “The Garden City Movement” that the new capital would be a “green” city. Therefore there are many parks and other green areas in Canberra.

The airport Canberra International Airport is located 8.5 km east of the center.