Compare prices on car hire in Newcastle from all the major brands and find the best deals. When you book through us, unlimited mileage and insurance are always included in the price given. 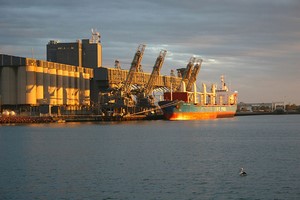 Newcastle, which is the second largest city in the state of New South Wales, has approx. 290,000 residents (over 500,000 if suburbs are included). It is located at the end of Hunton River – approx. 160 km. north of Sydney.

The city, located in a coal district, was founded in the early 1800’s – and named for Newcastle in the UK, who was one of the largest coal ports in Europe. Today, Newcastle in Australia considered the world’s largest port for coal exports.

Newcastle is also known as an active teaterby. There are a multitude of smaller theaters in the city with various specialties – in addition to Australia’s oldest theater, the Victoria Theater, located here (in Perkins Street). And as in so many other Australian cities, is held each year a number of different festivals. Some of the largest agricultural festival is the Newcastle Regional Show (which also includes horse shows, speedway races and a huge fireworks), street life event Mattara Festival, Newcastle Jazz Festival and the media and art festival “This Is Not Art”.

Newcastle is also famous for its long, inviting beaches, which are found both north and south of downtown.

Airport Newcastle Airport is 15 km north of the city.