Compare prices on car hire in Vienna Airport from all the major brands and find the best deals. When you book through us, unlimited mileage and insurance are always included in the price given. 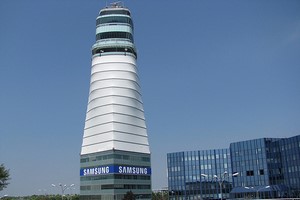 Vienna International Airport (VIE) is located in Scwechater 18 km southeast of Vienna , is Austria’s largest airport.There goes the bus and trains between Vienna and the airport. There are also direct bus connections to other countries in Europe. Several car companies, including Union, Hertz, Avis, Budget, Mega Drive and Sixt offers car hire. In 2009, 18,114,103 passengers visited the Vienna Airport. It has two terminals that are connected to each other, and up to 2015, a number of development projects on time. It was originally built as a military airport in 1938. The airport is headquarters for the national company Air Berlin and Niki.   Vienna Airport has lots to offer with its 70 shops and 20 different restaurants, bars and cafes. It has a VIP and business center, bank, pharmacy and medical center. The Astron Hotel & Convention Center Vienna Airport is situated close to the terminal.