Compare prices on car hire in Cameroon from all the major brands and find the best deals. When you book through us, unlimited mileage and insurance are always included in the price given. 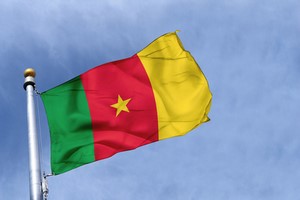 Cameroon is located on the west coast of Africa at the Gulf of Guinea in the Atlantic, and has 18.8 million inhabitants (2009). It is bordered by Nigeria, Chad, Central African Republic, Equatorial Guinea, Gabon and Congo.

Cameroon is a multicultural country with over 200 ethnic and linguistic groups. The country’s official languages ??are French and English. The country is known for its traditional music and dance.

Cameroon has a diverse landscape of beaches, deserts, mountains, rain forests and savannas. The country also has several rivers – where the Sanaga is the longest. The highest mountain is Kamerunfjellet in the southwest, which measures 4,095 meters above sea level The country has a tropical climate, with generally above 25 degrees Celsius all year round –   and often with high humidity.The seasons change between rainy and dry periods.

Other major cities in Cameroon, Garoua, Kousséri and Bamenda.

The seaside resort Kribi is the country’s most popular tourist destination – with beautiful sandy beaches. Kribi is located on the west coast, 80 km south of Douala.

The country’s main airport is Douala International Airport, located 6 km outside the city.

Car hire in Cameroon is perhaps the best way to explore the country. We have a wide range of cars suitable for driving in Cameroon, including 4WD’s.