Compare prices on car hire in Ipswich from all the major brands and find the best deals. When you book through us, unlimited mileage and insurance are always included in the price given. 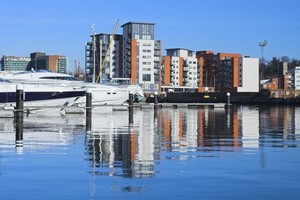 Ipswich is located in southeast England and is the capital of the county of Suffolk.The city has long been an important port and is situated on the River Orwell, about 20 km from the river’s outlet in the North Sea. Ipswich have produced articles of pottery and wool since the 600-number, and in the 1600s to expand the port. Today the population of over 140 000 (2008).

Townscape of Ipswich is characterized by old buildings and most originate from the Middle Ages. Manor Christchurch Mansion from 1548, and the public school from 1400-century is well known sites. For those who want to experience the typical English taverns, there are many old and venerable in Ipswich, including the Great White Horse that Charles Dickens used in his book Pickwick Papers. Children can enjoy the Kidz-Kingdom while the adults visit one of the city’s many museums.