Compare prices on car hire in Leeds from all the major brands and find the best deals. When you book through us, unlimited mileage and insurance are always included in the price given. 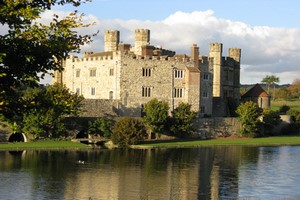 The city of Leeds belong to the county of West Yorkshire and is located to the north in central England .Leeds is a hub for trade and transport, which is because the city is associated with the western and eastern ports of the country through the canals and rivers. Since Leeds got up in the 1000’s, the city has been a leader in the textile industry. In 2008 there were approx. 455 000 in the city.

Leeds is a modern city with a history that stretches far back in time. If you want to learn about the old Leeds, there are many museums in town, including Leeds City Museum and the Royal Armouries Museum. There are guided tours of Temple Newsam House and Farm from the Middle Ages, and the manor belonged once Henry VIII. Leeds offers theater, ballet and galleries in addition to the festivities as the Leeds International Film Festival and the Leeds West Indian Carnival.

Leeds Bradford International Airport offers flights to include Eastern Europe, Africa and the Middle East. The airport is located approx. 12 km from downtown.