Compare prices on car hire in London from all the major brands and find the best deals. When you book through us, unlimited mileage and insurance are always included in the price given. 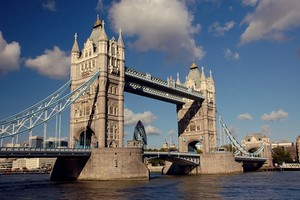 London is the capital of the United Kingdom and is located south of the country. River Thames divides the city and flows into the English channel 65 km further south. The city is divided into 32 districts and the oldest district of the City of London who just called City. London has been around for about 2000 years and served as   trading is already around the year 60 ADNOK Today the population of approx. 7500000 (2008).

London has a lot to offer, both historic buildings, famous parks and world-renowned theater West end. Visitors can pick and choose among all kinds of museums, the Museum of London to Madame Tussauds. Well-known buildings are the clock tower Big Ben and the world-famous castle, the Tower of London where the crown jewels are located. Other attractions that should visited are the Buckingham Palace, London Zoo and Sea Life London Aquarium.