Compare prices on car hire in Nadi from all the major brands and find the best deals. When you book through us, unlimited mileage and insurance are always included in the price given. 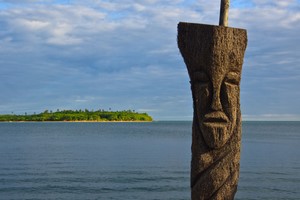 Nadi is a city located on the west coast of the island of Viti Levu belonging to Fiji and is the largest island in the archipelago.Fiji is located in the Pacific, and Nadi is located on the coast facing Australia , while the east coast facing Latin America.Founded in 1947, and in 2007 it was estimated that the population was about 40,000, making the city the third largest in Fiji.

Nadi is the gateway to the beautiful islands, and there are many hotels in all price ranges to choose from. One of the most famous attractions is the colorful Hindu Temple of Sri Siva Subramaniya located in the main street. This is the largest Hindu temple in the sturgeon hemisphere. Nadi deadlines with several beaches where there are restaurants and bars, as Wailoaloa and Newtown Beach. Nadi, Garden of Sleeping Giant is a beautiful botanical garden with exotic flowers and plants.

Nadi International Airport is the largest airport in Fiji and is about. 9 km from the city center.