Compare prices on car hire in Angoulême from all the major brands and find the best deals. When you book through us, unlimited mileage and insurance are always included in the price given. 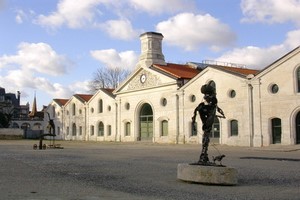 Angoulême is a city in southwest France on the River Charente.The city is the capital of the Ministry of Charente. The town has 43,000 inhabitants in the city, 104,000 with the suburbs.

Angoulême was invaded by the Romans in 900’s when it became the capital of the county Angoumois. In 1360 the city fell to British hands, before it again became French in 1373. The city is known for the St. Pierre Cathedral, built between 1105 and 1128. It is in Byzantine style and is decorated. Hotel de Ville is located in a castle and contains a museum with paintings and archeology. Angoulême is a cartoon museum, Centre International de la Bande Dessinée, as well as a papermaking museum, Atelier Musée du Papier. The city associated with animation, illustration and graphic art arrange Angoulême International Comics Festival every January. The festival is about. 250,000 visitors from around the world. In December the city hosts an animation technology festival.