Compare prices on car hire in Boulogne from all the major brands and find the best deals. When you book through us, unlimited mileage and insurance are always included in the price given. 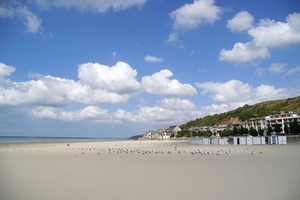 Boulogne-sur-Mer is located in northwestern France in the English Channel. Boulogne-sur-Mer is located 30 kilometers southwest of Calais, and has ferry connections to England Dover.   The city is situated in Nord-Pas-de Calais, and is one of France’s most important fishing ports, as well as a significant port city. Stay around. 45,000 inhabitants, 93,000 of the suburbs.

In Roman times the city was an important crossing place at the Britannia, also known as Gesoriacum, later as Bononia. Emperor Claudius used the city as a base when he invaded Britain in 43 years The city belonged to Burgundy from 1419 to 1477, and later French. During the First World War the city was the main supply port for the British troops in France. During the occupation from 1940 to 1944 the city was subjected to several hundred air raids, which were especially hard over the newer neighborhoods. The city’s oldest district, Haute Ville, surrounded by walls from the 1200s. The newer town, Basse Ville, located on the waterfront.

Lille airport is located about 105 km from the center of Boulogne-sur-Mer.