Compare prices on car hire in Epinal from all the major brands and find the best deals. When you book through us, unlimited mileage and insurance are always included in the price given. 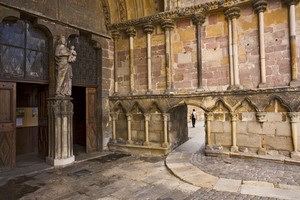 Épinal is a city in eastern France , in the Lorraine district, 48 kilometers southeast of Nancy .The city is the capital of the Ministry of Vosges, is situated on the river Moselle. Approx. 35,000 inhabitants live in Épinal.

The city was founded on the 900’s, when Thierry de Hamelant built a church here. At the end of the 1800s, it was expanded into a strong fortress. Epinal is best known for the Images d’Épinal, a famous French phrase that reviews popular photo printing from the company Imagerie d’Epinal. The city also produces leather and fabric, and has a textile school. Here is departemensmuseet the Vosges with the many works of art. Épinal has several historical sights including the Basilica of Saint Maurice, a castle with the castle park, which includes an English garden, the square Place des Osge and Notre-Dame-au-Cierge Church.