Compare prices on car hire in Mâcon from all the major brands and find the best deals. When you book through us, unlimited mileage and insurance are always included in the price given. 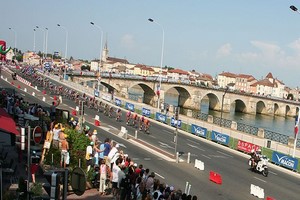 Macon is a city in south-east France in Burgundy.Mâcon is the capital of the Ministry of Saône-et-Loire. The city is located 68 km north of Lyon, the River Saône River. There are approx. 36,000 menneskerher.

The town dates back to 200 BC Kr. when ancient Matisco was one of eduernes main cities. It was the border between the Roman and French dominions from 843-1600.   In the Middle Ages was the capital of the Macon County Mâconnais. The city came under French rule in 1228 Mâcon is located right in the world-famous wine area Burgundy. Here is the annual wine market. The city has attractions such as Descombin art studio, the Hotel-Dieu Apothecary, a pharmacy in 1761 with 1,800-century furniture, remnants of the St. Vincent Cathedral from 600-number with two towers, and the Ursulines Museum which now houses an archaeological museum. The latter has served as schools and prisons. The city also has several examples of Romanesque art, sewing let Mâconnais, a church. In Macon, visitors can take a ride in hot air balloon or climb.