Compare prices on car hire in Monte Carlo from all the major brands and find the best deals. When you book through us, unlimited mileage and insurance are always included in the price given. 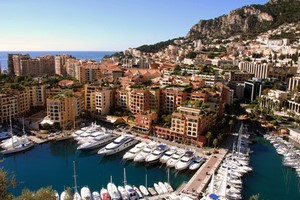 Monte Carlo is the capital of the state Little League and the Principality of Monaco, located east of the French Nice .Monte Carlo is located between the Alps and the Mediterranean Sea with the French Riviera in the west, and the Italian Riviera to the east. Stay around. 33,000 inhabitants.

Monte Carlo is known for its casino, which opened in 1858 and has been featured in several films including James Bond films. Here you can play or take a trip to see the building, but make sure the outfit. Monte Carlo is also known for the Monte Carlo Rally, an international car race in the Formula 1 Grand Prix. It has been held annually since 1911, with a few exceptions. Among the other sights are the first family Grimaldis palace, the Palais Princier, located on a hill in the old town. There are guided tours, with good views of the harbor. The city also has an aquarium and garden, the Jardin Exotique is worth a visit. There is also a Marlborough art gallery in town.