Do you have plans to visit Montpellier but you are worried about getting a car rental service? Worry no more as there are several car rental companies in the city. The good news is that most of these companies offer good services and they are close to tourist attraction points in the city. In this article, we will the amazing places you can visit while in town as well as how the rental car works. 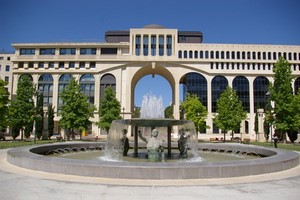 Montpellier is a city located in the southern part of France. Originally called Monspessulanus, it is the capital of the Hérault department and the 8th most populous city in France, with a population of over 450 thousand. In Montpellier, you’ll discover several attractive sights dating back to the early 12th century. The city has a mix of ancient and modern architecture which are a good sight to behold. In terms of economy, Montpellier has a good standard of living and it is regarded as the fastest growing city in France for the past 25 years.

The people of Montpellier are friendly and welcoming, and culture is an integral part of their lives. French is the local language the people speak, but a moderate percentage of the population can speak the English language as well. Montpellier is the second-largest city in the Occitanie region, and it is famed for its wines which are exported to several parts of the world. Additionally, the city is the centre for the International Vine and Wine Fair, and it has several industries including pharmaceuticals, food processing, electronics, textile weaving and metallurgy.

Climatic conditions in Montpellier is good as the city experiences a Mediterranean climate. The winter is usually damp while the summer is dry and sunny. January is the coldest month with the temperature dropping to 2.8°C at times. The city also experiences snowfalls during winter and rain during the fall. Montpellier spans an area of 21.96 sq mi, and the highest point in the city is Place du Peyrou with an altitude of 187ft (57 m). Montpelliérains also love sports and the city has hosted several competitions in the past such as the FIBA EuroBasket and Open Sud de France.

Over one-third of Montpellier population are students and this gives the city a spirited vibe. There are several cultural events hosted in the city including concerts, operas, films and festivals. Back in the 10th century when the city was created, it was a scholarly centre, and this explains the love of Education among the people. The first European medical school was built in Montpellier in the 12th century, and the city has continued to grow ever since. As a tourist, you will enjoy the rich cultural heritage of the people and

One of the popular tourist attraction points in Montpellier is the Place de la Comédie. It is situated in the centre of the city with a shopping mall and different french stores. Additionally, the city’s museum is located here and there are also several cinemas. If you love paintings and stunning architecture, you can also check out the Musée Fabre which is the most important museum in the city. The distance between Place de la Comédie and Musée Fabre is 1.49 miles (2.4km) and it is around 9 minutes drive from each other.

Another perfect place to explore is the Montpellier Zoo. It is a big zoo with different species of animals from colourful frogs to lions to giraffes. The zoo is divided by areas and continent and this makes the exploration even more interesting. You can also visit the Jardin des Plantes, a botanical garden that was formerly used for medicinal purposes. There is a vast array of plants and houses that will surely fascinate you. If you want to go from the Zoo to Jardin des Plantes, it will take you about 12 minutes drive and the distance is (2.2miles) 3.6km.

Arc de Triomphe is a 52meter-high triumphal arch which was dedicated to the popular French nobleman Louis XIV. There are 103 steps into the arch and glows radiantly, making it a good sight. If you love aquatic creatures, the Planet Ocean Montpellier is also a good place for you to explore. It is an aquarium that recreates nine different aquatic environments and it is also part of the grand Odysseum shopping centre. Driving from Arc de Triomphe to Planet Ocean Montpellier takes 18 minutes with a distance of 3.85 miles (6.2km).

The Cathédrale St-Pierre is a church that was attached to the monastery of St-Benoît in the 14th-century. Although rebuilt after the end of the Wars of Religion in the late 15th century, you will still see some of the old artefacts in the cathedral. Montpellier also has several hotels and restaurants where you can enjoy quality local and international dishes. Among the notable hotels in the city are Hotel ibis Montpellier Centre, Courtyard by Marriott and Hotel Novotel. From Cathédrale St-Pierre to Hotel ibis Montpellier Centre is 1.8miles (2.9km) which takes approximately 10 minutes.

Montpellier–Méditerranée Airport is the only airport in Montpellier is and it is located in the southeastern part of the city. There are two asphalt paved runways in the airport, and it is used for both local flights as well as some selected international flights. Among the most popular destinations from the airport are Amsterdam, Paris, Nantes and Bordeaux. The airport also provides several facilities including ATMs and currency exchange points.

When you get to the airport, you will find several car rental companies such as Enterprise, Thrifty, Sixt, Europcar, Budget, Avis and Hertz. These car hire companies are known globally to be the best. Additionally, they have fully functional websites that you can use to book for a car before landing at the airport. We suggest that you book ahead of your arrival date so that you can easily select the car of your choice.

One thing you should ensure to do before using one of the car rental services is reading their terms and conditions. Most of these companies have their T$C on their website, so you can easily go through it. Also, inspect the vehicle you book properly before driving off with it. In most cases, car hire companies charge extra fees for returning a rented car late. So always ensure that you have all the details you need.

Montpellier is a really nice place to visit and the roads connecting the entire city are good as well. Most of the roads are two and three lanes with functional street lighting and traffic light systems. The traffic is manageable as the roads are usually free during work hours. However during rush hours from 6.30 am to 9.30 am and 4.00 pm to 7.00 pm, the roads can get crowded.

In terms of parking, Montpellier has several car parks scattered throughout the city. These parks are in strategic locations, and this makes it easy for you to locate them. Additionally, the parking fare charged by the parking lots varies from park to park but it is usually around €1 per hour. If you park for longer hours, you are usually entitled to some form of discount. In some parts of the city, you may not find a parking lot. However, street parking is allowed in the city, so you can easily park your cars where it’s allowed.