Compare prices on car hire in Paris Orly Airport from all the major brands and find the best deals. When you book through us, unlimited mileage and insurance are always included in the price given. 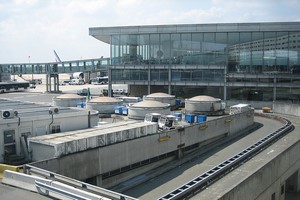 Paris Orly Airport (ORY) is 14 km south of Paris .Before Charles de Gaulle was built was Orly France’s main airport. It shares the website with Charles de Gaulle and is owned by Aéroport de Paris. A good connection between the airport and Paris both by bus and train.Ada, Avis, Budget, Europcar, Hertz, National and Sixt quote are the companies that hire car. In 2007, 26,441,000 passengers visited Paris Orly Airport. It has two terminals, Orly West and Orly South who are connected with a shuttle bus. It is headquarters for several airlines including Air France, Easy Jet. Paris Orly Airport has a good selection of shops and eateries, Orly East has the best selection. Orly east also has a large business center. Amenities include massage studio, beauty salon, and different entertainment for children. Orly Airport has two hotels that can be reached by a free shuttle bus, the Hilton Paris Orly and Ibis Orly.