Compare prices on car hire in Valence from all the major brands and find the best deals. When you book through us, unlimited mileage and insurance are always included in the price given. 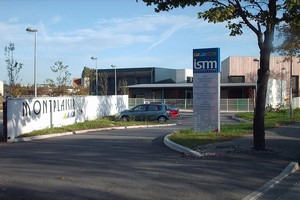 Valence is a city in southern France , 100 kilometers south of Lyon.Valence is the capital of the Ministry Drôme Rhone-Alpes region. There are approx. 65,000 inhabitants in the city, 130,000 with the suburbs.

Valence was established in the year 121, and became bishop in 300’s. In the 1100s the city was the capital of   Duchy Valentinois.Valence is an important commercial town in the Rhone Valley, which is rich in fruits and vegetables. The city is known for gem production. There is a Romanesque cathedral, the Cathedrale St. Apollinaire from 1095 The church is a monument of Pius VI, who died at Valence in 1799. In the cathedral library is the Roman antiquities, and a photo gallery. Visitors can also take a trip to the local park, the Parc Jouvet, or take a canal trip. Among the city’s culinary specialties include Le Suisse, a 200-year-old recipe for a bread with orange marmalade. The city also has several types of chocolate.