Compare prices on car hire in Villeneuve from all the major brands and find the best deals. When you book through us, unlimited mileage and insurance are always included in the price given. 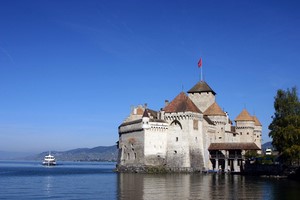 Villeneuve-Loubet is a city in southern France , 15 kilometers east of Nice and 22 kilometers west of the film city Cannes .The city lies on the Mediterranean coast of Provence-Alpes-Cote d’Azur in the department of Alpes-Maritimes. Stay around. 15,000 inhabitants.

The town was established in the 1300s around the castle of Villeneuve, but archaeological excavations show that the Romans were in the area before this. Villeneuve-Loubet has an art museum and a culinary museum, dedicated to Auguste Escoffier, who was considered one of France’s matkonger. The city is also a medieval fortress from the 1300s. There is also a Provencal village, which was reconstructed in the 1600s here. Marina Baie des Anges is a holiday center with a special architecture, which has received several awards. The beaches are among the city’s biggest attractions. Here, visitors can rent boats, water skiing, swimming, sunbathing, or go sailing. There are also courses in sailing here.