Compare prices on car hire in Ireland from all the major brands and find the best deals. When you book through us, unlimited mileage and insurance are always included in the price given. 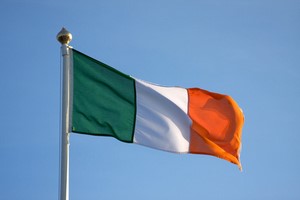 Ireland is the westernmost of the British Isles and consists of the Republic of Ireland and Northern Ireland (which belongs to the United Kingdom and is located northeast of the island). Republic of Ireland has 4.2 million inhabitants (2008), and has coastline on the Atlantic Ocean in the west, the North Channel in the northeast, the Irish Sea in the east, the Celtic Sea to the southwest and St. George’s Channel to the southeast.

The landscape in Ireland consists of cliffs, hills and hills along the coast and a more flat landscape in the middle part of the country. The highest peak is Carrauntoohil – located 1,038 m above sea level

Ireland has a maritime climate with mild winters and cool summers. It is most precipitation in the western areas.

Ireland is perhaps best known for its beers – Guinness, but also Riverdance and traditional Irish folk music are themes one associates with the country.

The capital Dublin is also the country’s largest city with 1 million inhabitants in the metropolitan region. Dublin   Located on the east coast, and is an important seaport with ferry connections to Britain.The city is rich in sites of art, culture and history, and also has a vibrant nightlife and good shopping. A major tourist attraction is the Castle Dublin Castle from the 1200s.

Other major cities in Ireland, Cork, Limerick, Galway and Waterford.

There are also international airports in the cities Corc and Shannon.

Use of car is perhaps the best way to explore Ireland on. Search and find a large selection of rental car at most destinations in the search engine above. 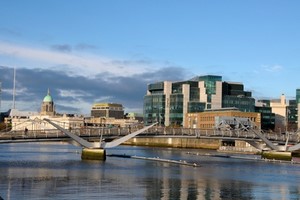