Compare prices on car hire in Asti from all the major brands and find the best deals. When you book through us, unlimited mileage and insurance are always included in the price given. 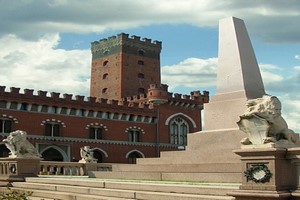 Asti is an Italian city is the capital of the province of Asti and is part of the region Piedmont.The region is located in the northwestern part of Italy and meet the region Liguria, about 60 kilometers south of Asti. From the city is about. 100 km to the Mediterranean coast in the south and slightly over 130 km to the French border in the west. In 2009 the population measured at approx. 75 000.

Asti was an important city in Roman times because of its strategic location on the River Tanaro, and today the city is famous for the sweet and sparkling wine, Asti is produced in the area. Townscape retains the medieval characterized and was formerly known as the “city of 100 towers”. Within the old city walls can still see some of these towers and historical palaces, merchants and churches Cattidrale di Santa Maria Assunta built in the 1300s.

Turin Caselle Airport is the nearest airport and is approx. 80 km north of Asti.