Compare prices on car hire in Avezzano from all the major brands and find the best deals. When you book through us, unlimited mileage and insurance are always included in the price given. 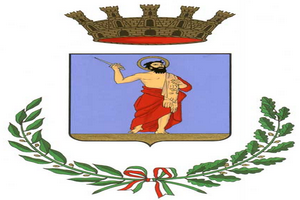 Avezzano lies in its southern part and is part of the province of L’Aquila, which is part of the region of Abruzzi. Avezzano is located in the middle of the country and it is about. 100 km to the Adriatic coast and about 120 km to the west coast and the Tyrrhenian Sea. The capital of Italy Rome is located approximately 100 km west of Avezzano had a population of approx. 40 000 in 2007.

The entire city was destroyed during an earthquake in 1915 where only the Casa dei Palazzi and parts of the Orsini-Colonna Castle stood. The castle has been renovated and is now home to major events and the Gallery of Modern Art. In the 1800s, was Fucino Lake at the city drained and it was then found sculptures and tombstones from both the Roman and Medieval times which can be seen on the Lapidary Museum. After the earthquake was Avezzano built with wide, straight streets and many green areas, giving the city a modern and airy feel.