Compare prices on car hire in Brescia from all the major brands and find the best deals. When you book through us, unlimited mileage and insurance are always included in the price given. 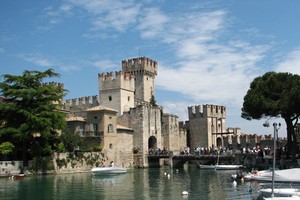 The city is best known for its production of weapons, including the famous Beretta gun. The city is also known for producing cutlery. Brescia hosts an annual industry show a significant size. Brescia has many beautiful old churches and buildings that it kapitolinske Temple, Temple Capitolino which was built by Emperor Vespasian 72 AD Kr and today a museum of Roman finds. Brescia has other attractions, Santa Giulia monastery, medieval palace Broletto and Mille Miglia, the Museum of the automotive industry. Previously, it held races here.   It held a parade of designer cars each year. Brescia is a good starting point for trips to the lakes Iseo and Garda.

Brescia Airport is located in Montichiari, 20 km from the city of Brescia.