Compare prices on car hire in Caltanissetta from all the major brands and find the best deals. When you book through us, unlimited mileage and insurance are always included in the price given. 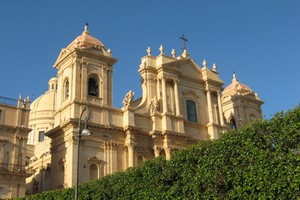 In Caltanissetta is a historic district where there are historic buildings such as castles and towers. Palazzo Moncada was begun in 1635, but was never completed, and in the cathedral of Santa Maria la Nova, which was built in 1500 – and 1600’s, one can see statues of wood and marble and frescoes. There are several other churches in the city and museums as an art museum and an archaeological museum where you move outdoors.