Compare prices on car hire in Campobasso from all the major brands and find the best deals. When you book through us, unlimited mileage and insurance are always included in the price given. 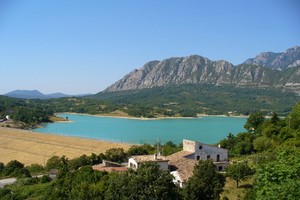 Campobasso is the capital of both the province of Campobasso and the Molise region. The city is located to the south of the country and it is about. 130 km to Naples in the south which is one of the largest cities in southern Italy. It is about twice as far to the west coast to east coast, and the number of inhabitants is estimated at slightly over 50 000 (2008).

The historic district offers old and imposing buildings. One of the most famous is the Castello Monforte is a castle with six towers that were built in the 1400s and where it is found the remains of earlier settlements. In the same area, one can see the Chiesa della Madonna del Monte which was first erected in the 12th century, and St. George’s Church and San Bartolomeo Church, both dating back to 1000’s. In the recent district can include visiting an archaeological museum, and around Easter is the festival Misteri place.

Naples Airport is also called Capodichino Airport   and is approx. 80 km from the city.