Compare prices on car hire in Isernia from all the major brands and find the best deals. When you book through us, unlimited mileage and insurance are always included in the price given. 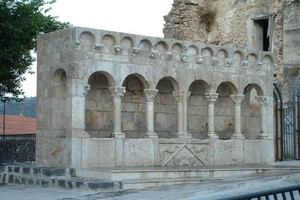 Isernia is the capital of the province of the same name as tihører region Molise, located in the southern part of Italy bordering the Adriatic Sea in the east.Isernia is located in the northwest corner of the region and has a central location in the country, and there are about 180 km to the Italian capital Rome to the northwest.Isernia is an old city that was colonized by the Romans in 263 BC Kr called Aesernia, and today is the population of just over 20 000 (2008).

Isernia has been subjected to earthquakes and bombings during the 2nd World War II, but still a lot of the old city intact with attractions such as Fontana Fraterna. Fontana Fraterna is a fountain built in the 1200s and consists partly of the remains of Roman buildings. Something that should also be seen is La Pineta is a large archaeological site with bones and tools of stone.