Are you looking to visit Lamezia Terme anytime soon? You should consider opting for a car hire option. Renting a car gives you the liberty to explore the city with ease. Also, you can maintain complete privacy while you tour the city, especially when visiting with friends or family. There are several car hire services you can opt for. Many of these rental services can be found at the airport as soon as you arrive. 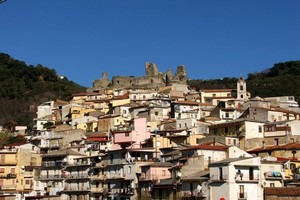 Lamezia Terme is an Italian city and a commune with more than 70,000 inhabitants. The city is located in the Calabria region. The municipality borders with Conflenti and Martirano Lombardo to the north, Curinga and San Pietro a Maida to the south, Falerna and Gizzeria, to the north-west, Feroleto Antico to the east, and Maida to the south. Lamezia Terme is a combination of three former municipalities; Nicastro, Sambiase and Sant’Eufemia Lamezia making the economic growth impeccable. The combination brings about the different mix in the cultural background that is observed today.

Although the city is relatively young, it has succeeded in putting itself in the limelight across Italy and abroad in a very short period of time. The municipality is highly invested in both accommodation and tourist facilities, which include a strategic airport to cater to visitors. The city is also a centre for commercial activities spanning across many industries. Another major value the city holds is that it is home to notable individuals like Felice Natalino (footballer) and Francesco Fiorentino (philosopher). Lamezia Terme has a strong cultural influence and it encompasses several human endeavours. Some of these cultural areas are:

In addition to the robust culture, Lamezia Terme also offers several interesting sites to visit and if you have not chosen the sites to visit yet, you might consider some of our suggestions. The first site on our list is the Norman Swabian Castle. This castle is located on the San Teodoro’s hill and was built around the ninth century by the Byzantines who also started the construction of the village of Nicastro. The castle was originally built for Nicastro but now it is a part of Lamezia Terme after the merging of Nicastro into Lamezia Terme.

There is also the Sila National Park. This site is a paradise of dense coniferous forests, artificial lakes, endless meadowlands with colourful flowers and rare animals. You can engage in recreational activities like horse riding, climbing, mountain biking, fishing, even to gather precious mushrooms. You can also feast your eyes on the Forest of the Giants (a group of giant ancient pine trees with very long trunks). If you have more time to explore, you can also check out Tropea, which is a very popular paradise that is especially great for romantic dates.

After successfully renting a car, the next step is to start exploring. You can decide to visit Viale Stazione which is 29.5 km (18 miles) northeast of Lamezia Terme. The village is mostly filled with archaeological sites for visitors to feast their eyes upon. Another area to visit is Catanzaro. This municipality is an urban centre, with much commercial and social activities, involving coastal towns, such as Soverato and Sellia Marina. The town offers interesting sites like Remains of the Norman Castle, Palazzo de’ Nobili from the 15th century, which is now a town hall.

You should also consider visiting Cosenza. This city is the seat of the Cosentian Academy (one of the oldest academies of literary and philosophical studies in Italy). The city has a robust cultural heritage that spans across museums, theatres, libraries, and education. It is 71.9 km (45 miles) north of Lamezia Terme and offers several attractive tourist sites such as The Cathedral, (which was first constructed during the 11th century), Spirito Santo (with the interior having series of paintings from the eighteenth century), Open Air Museum (consisting of a wide range of modern art sculptures).

Soverato is another city you should check out. It is considered to be the wealthiest town per capita in Calabria, with an increasing interest from tourists around the world since 2015. The city is 57 km (36 miles) south-east from Lamezia Terme. There are several exotic sites you can visit. Some of these are Circolo Velico Soverato (an exotic beach for relaxation) and Lungomare Di Soverato.

Vibo Valentia is another amazing place to drive to with the rental car. The city is 44 km (28 miles) south-west of Lamezia Terme. Also, the city is well-grounded in agriculture, commerce and tourism. This is a great place to shop for fresh farm produce and other unique materials. The city is also home to many large manufacturing industries, including the tuna district of Maierato. People majorly visit Vibo Valentia to see famous places like Tropea, Ricadi and Pizzo. A major contributor to the increase in the city economy is the Vibo Marina’s harbour.

There are several airports accessible to Lamezia Terme and the major one is the Lamezia Terme International Airport. It is the principal airport of Calabria. The airport was created in June 1976 and has since served the population. People often visit Milan, Toronto and Vienna from the airport. Furthermore, there are several car rental options available to you from the airport and some of them are Firefly, Travel car and Avis.

Another airport close to the Lamezia Terme is the Catania Fontanarossa Airport. The airport is sometimes referred to as Vincenzo Bellini Airport. It is the fifth busiest in Italy. The airport has a record to have served over nine million passengers in 2018. Major airlines like Lufthansa and KLM offer services here and connect passengers to destinations like Rome, Munich, Amsterdam and Berlin. The airport also offers several car rental options to choose from and some of them are Sixt, Hertz and Maggiore.

Naples International Airport is another airport close to Lamezia Terme. Although the airport has just one terminal, it has a record of serving over nine million passengers in 2018 which was a 15.8% growth from the previous year. Passengers often visit Bucharest, Vienna and Brussels and like most large airports, passengers have access to several car rental options and some major car hire agencies are Noleggiare, Firefly and Avis Autonoleggio S.P.A.

Lamezia Terme serves as the main transport centre of the province of Catanzaro. The town has a well-connected road network linking several parts of the region together with other towns nearby. The roads are well maintained and suitable to drive on. Importantly, the speed limit in the urban areas is 50 km/h (31 mph) while on main roads is 130km/h (81mph). Also, kids below 12 years are not permitted to sit in front.

Lamezia Terme sits in the middle of many alternative routes in the province. An example is a route between Contrada Rotoli and Soveria Mannelli which is shorter than taking the major E45 route, cutting the distance in half. Driving within the city is quite easy however, though the streets in the centre are often narrow, with many turns and congested. Also, do not rely heavily on GPS, because it is common to find two areas in different cities sharing the same name.

In Lamezia Terme, there are several parking options available to you as you cruise around the city. If you are close to Cimitero di Nicastro or Lidl, you can use the Parcheggialla parking lot. It is a fairly large parking space with low cost. Also available to you is the Fly Parking Lamezia. If you are close to the Stampa Sud, Ecospina or Bank Sistemi, this is an option you can opt for. This parking option opens daily from 6 am to midnight. They also offer Free round trip to Lamezia Terme Airport Lamezia Terme Station.