Compare prices on car hire in Legnano from all the major brands and find the best deals. When you book through us, unlimited mileage and insurance are always included in the price given. 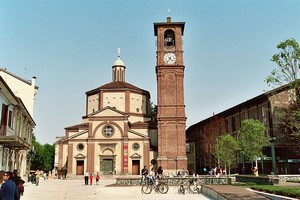 Legnano is very famous for being the place where the Lombard byforbund victory over Frederick Barbarossa in 1176 in the Battle of Legnano. This is an old city that was colonized by the Romans, and of historic monuments and sights there including a statue dedicated to the leader of the battle in 1176 and the church of San Magno, erected in the 1500s. The last Sunday of May each year, played the stroke again and is celebrated with parades and horse racing.

Milan Malpensa Airport is one of three airports in Milan and is located about 20 km from Legnano.