Compare prices on car hire in Novara from all the major brands and find the best deals. When you book through us, unlimited mileage and insurance are always included in the price given. 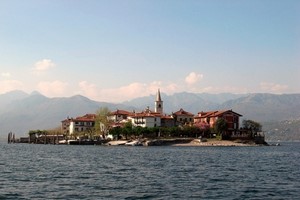 Novara is the capital of the province of Novara and is located in the northern region of Piedmont which is found in the country’s northwestern corner. With a population of just over 100 000 (2007) Novara the second largest city in the region, and it is only approx. 50 km to the fashion city of Milan to the east.The Swiss border is to find about 60 km to the north, while the border with France in the west is a little over 100 miles away.

Novara was founded by the Romans under the name Novaria and was an important town along the Roman trade routes in northern Italy. Previously, the historic town surrounded by ancient city walls, but these were demolished because of the city’s development and today remains only part of the old city gate. Several of the buildings in the old town comes from the Middle Ages, and the place Broletto, as in medieval times was an important meeting, you can include visiting the town museum and an art gallery.