Compare prices on car hire in Palermo from all the major brands and find the best deals. When you book through us, unlimited mileage and insurance are always included in the price given. 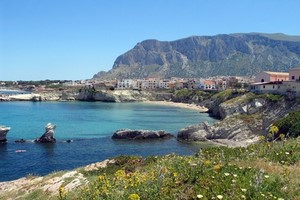 Palermo, Sicily is Italy’s fifth largest city and capital of the island of Sicily. With its 687,000 inhabitants on the island’s north coast in the Mediterranean Sea, the city is a busy port. There are ferry connections to Italy Naples and Tunis.

Palermo is perhaps best known as the Mafia’s hometown. It is also the place where the action of The Godfather films of Francis Ford Coppola is added, as well as film location to film the classic Cinema Paradiso. Palermo is beautifully situated with a pleasant climate. It is rich in architecture and has a considerable tourist traffic. Palermo has a katalaninspirert Cathedral and Catacombs, Catacombs of the Cappuccini, with   mummified natives, who are well preserved.Gesu Church is one of the best preserved. In the Cappella Palatine is the beautiful gold mosaics, and the former royal chambers in the Palazzo dei Normanni. The waterfront La Marina leads to La Flora, a park from the 1700s.

Palermo International Airport is located 32 km west of the city at Punta Raisi.