Compare prices on car hire in Piacenza from all the major brands and find the best deals. When you book through us, unlimited mileage and insurance are always included in the price given. 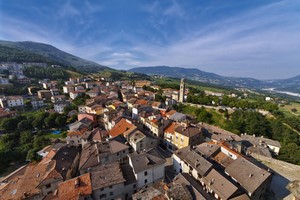 Piacenza is situated on the banks of the Po is Italy’s longest river and is the capital of the province of Piacenza.The city belongs to the region Emilia-Romagna which is about where the country begins to stretch into the Mediterranean Sea, and Piacenza is situated in the northwestern corner of the region. Milan is located about 65 km northwest of the city, while Genoa on the Italian Riviera is about. 120 km away.Population in Piacenza is estimated at around 100 000 (2008).

Piacenza is a city with many historical sites and was founded by the Romans in 218 BC. The city is characterized by beautiful palaces with exquisite gardens, including the Palazzo del Comune from 1200-century Palazzo Landi that was renovated in the late 1400’s, but gone before. Duomo di Piacenza is the city’s cathedral and was built between 1122 and 1233, and in the church of Santa Maria de Campagne, one can see frescoes by painter Il Pordenone.

The nearest airport is Linate Airport which is located about 60 km to the north.