Compare prices on car hire in San Remo from all the major brands and find the best deals. When you book through us, unlimited mileage and insurance are always included in the price given. 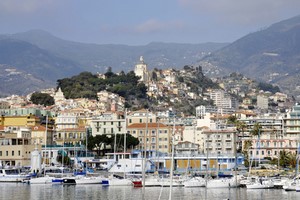 San Remo has a superb location on the Italian Riviera in the northwestern part of the country and is only about 20 km from the French border in the west.The city is located in the province of Imperia and is part of the region Liguria bordering the Ligurian Sea to the south. The French city of Nice is to find some. 50 km from Sanremo, while the provincial capital of Imperia is situated about 20 km to the north.The population in San Remo was measured at nearly 60 000 in 2009.

In addition to being known for its inviting beaches and the pleasant climate, called San Remo also “City of Flowers” because of the beautiful nature. The flowers are known worldwide, and townscape is characterized by beautiful gardens and parks lush with tropical plants. In San Remo hosts various festivities each year, including music and fashion festival and a poker tournament in conjunction with the European Poker Tour.

The nearest airport is Nice Côte d’Azur Airport and is located approx. 60 km off San Remo.