Compare prices on car hire in Sassuolo from all the major brands and find the best deals. When you book through us, unlimited mileage and insurance are always included in the price given. 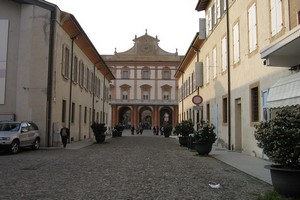 Sassuolo dates back to 900’s and was first mentioned in sources in the year 980 One of the most famous attractions in the city’s Ducal Palace of Sassuolo, which was built on the ruins of an ancient castle in the 1600s. In the same century the palace was adorned with frescoes by artists such as Jean Boulanger and Agostino Mitelli. In Modena you can visit Palzzon dei Musei with historical museums and galleries.

Bologna Airport is an international airport which is approx. 40 km east of Sassuolo.