Compare prices on car hire in Savona from all the major brands and find the best deals. When you book through us, unlimited mileage and insurance are always included in the price given. 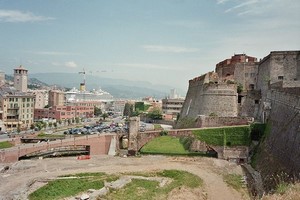 Savona is the capital of the province of Savona and the Liguria region belongs to the north of Italy , bordering France to the west.The city is located on the Italian Riviera bordering the Ligurian Sea which is part of the Mediterranean Sea. The French border is looking for a little over 100 km outside the city, while the regional capital, Genoa is about. 50 km to the east. There are approximately 60 000 residents of Savona (2009).

Many travel to Savona because of its location by the sea and beautiful beaches. In addition, the city offers a lot of history and culture as Savona existed already under the Romans. Among other things, you can visit several ancient towers, which declaration of independence was signed in the tower Campanassa in 1191 Cappella Sistina is a chapel dating back to the 1400s, and one should also pay a visit to what is known as Christopher Columbus’ house and where it is estimated that he spent many childhood years.