Compare prices on car hire in Schio from all the major brands and find the best deals. When you book through us, unlimited mileage and insurance are always included in the price given. 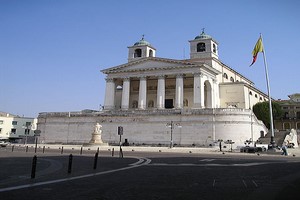 Schio grew up about two levels where you can currently see the ruins of an ancient castle and the magnificent cathedral dedicated to St. Peter. Castle ruins are one of the city’s attractions, and the only thing that remains after the castle was destroyed in the 1500s, is a tower. Palazzo Toaldi-Capro is a building that dates back to the 1400s and is now a cultural center. It has been found ancient frescoes in the building and that it served as City Hall to 1913.

It is about 60 km from Schio to the international airport Verona Airport .