Compare prices on car hire in Siena from all the major brands and find the best deals. When you book through us, unlimited mileage and insurance are always included in the price given. 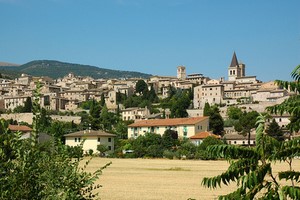 Siena belongs to the region of Tuscany and is the capital of the province of Siena. The region is located on the west coast of the elongated part of Italy and borders the Mediterranean Sea. Siena is about. 90 km inland and is about 50 km to Florence in the north. The population of Siena was measured at almost 55 000 in 2008, and the city was supposedly founded in Roman times of Senus who was the son of Remus.

Siena is a UNESCO World Heritage list because of the many historic sights. Cattedrale dell’Assunta is the cathedral in Siena that was begun in the 1100s and is considered one of Italy’s most beautiful cathedrals. Piazza del Campo is a square which was built in the 1200s and since then has been held yearly horse racing here. The square is shaped like a shell and was built at the site where it was held markets, which still happens today.

Amerigo Vespucci Airport belongs to Florence and is located approx. 80 km outside of Siena.