Do you want to spend your next vacation in Turin, and you are wondering if there are car rental services that will make your movement easy within the city? You need not worry as there are lots of rental companies that offer affordable car hire services. Find car rental companies close to the airport or near-by. You can also book a rental car online on any of the car rental sites. 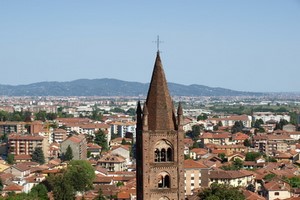 Turin is a northern city in Italy, which is famous for Fiat cars, the shroud of Turin, and chocolate. It’s also home to one of the world’s top Egyptian museums, Baroque cafes, the first Eataly store, and Savoy palaces. The city is the capital and the largest city in the Piemonte region. Also, it was the first capital of Italy between 1861 and 1865. It is the most important cultural and business centre in Northern Italy. The city has a population of 870,000, which makes it one of the most populous city in Italy.

Turin is located to the right side of Po River, just ahead of Susa Valley. It is enclosed by the Superga Hill and western Alps arch. The city is one of the most amazing cities in Europe. The city is also the sports capital of the country, which is home to the two first-division soccer teams Turin and Juventus. It hosted the 2006 winter Olympics, and it has an area of 130 sq km. The city is also known for the St John the Baptist’s celebrations, that usually take place on the 24th of June.

Having been the birthplace of famous individuals (people like Cavour) who contributed to the Italian unification, the city is often called “the cradle of Italian liberty”. With a Gross Domestic Product (GDP) of $58 billion, Turin is the 78th richest city in the world. It is also the third in Italy after Milan and Rome. It is one of the top 250 tourist destination and 10th most visited city in Italy due to its numerous tourist attractions. The city is famous for its rich history and cultural heritage, having several restaurants, opera houses, churches, art galleries, parks, pizzas, museums, etc.

There is a lot of beautiful and interesting places of attractions that you can visit when exploring the city in your rental car. First, take a trip to Palazzo Reale, which is the Royal Palace of Turin. It is a magnificent building made in the 16th century, that sits in the Piazza Castello. The estimated distance from the Airport to the Royal Palace is 6.8 km via Viale Enrico Forlanini, which takes 26 min to drive there in your rental car. However, taking other routes like Azzuri d’Italia will take a longer time.

Another interesting place you can visit while exploring the city of Turin is Mole Antonelliana. The building is the icon of the city with a huge pointed basilica, and its towers are above the surrounding skyline. It was formerly a Jewish Synagogue but now houses the National Cinema Museum. It is the tallest museum in the world. The distance from the airport is 160.1 km (99.4 mi) via A4, and it takes 2 h 5 min to get there in your rental car. However, it takes more time to get there if you drive via A7 and E70.

Don’t forget to visit the fantastic Egyptian Museum (Museo Egizio), which is located between the Piazza Castello and Piazza San Carlo. The museum is dedicated to Egyptian history and archaeology, and it contains numerous displays and artefacts. The distance to the Egyptian Museum is 160.6 km (99.6 mi) via A4, which takes 2 h 3 min to get there by rental car. But, it takes longer via A7 and E70. You can also visit the Turin Shroud, Porta Palatina, Basilica di Superga, Accademia Del Panino, Caffetteria Pino, Borgo Medioevale and Parco del Valentino, and lots more.

You will find two main airports near the city. One of these airports is the Caselle Airport. It is otherwise called Torino Airport and is located in Caselle Torinese, 16 km northwest of the city of Turin. It is sometimes called Pertini airport, and was named after former Italian President Sandro Pertini. It serves the Piedmont region of northern Italy. It is one of the busiest airports in Italy, and it covers 57,000 square meters. The Airport has one runway, three terminals, and a bridge. It is the focus airport for Alitalia, and two low-cost airlines: Vueling and Ryanair.

At the Torino Airport, you will find car rental companies such as Budget, Sixt, Thrifty, Ennamme Snc, Hertz, Easy Car S P A, Avis, Firefly, Goldcar, Rhodium, and many more. You will also be able to choose car rental options such as Economy, SUV, Luxury, Convertible, etc. Another airport which you will find near Turin is Cuneo Levaldigi Airport.

Turin has one of the best-designed road networks in Italy. You will enjoy a smooth drive when exploring the city. Being one of the most industrious and important cities in Italy, there is always traffic and queues during the morning and evening rush hours. If you want to enjoy your stay in Turin, you should avoid the highway during rush hours from Monday to Friday, usually, around 6:00 am to 10:00 am in the morning and 4:00 pm to 8:00 pm in the evening.

Furthermore, you should follow the rules and regulations that govern driving in Turin. In the city, both driver and passenger must put on the seat bet. Also, the speed limits in Turin are 80mph (128 kph) on motorways, 30mph (48 kph) in urban areas, and 56/68mph (90/ 109 kph) on country roads. When exploring the city, avoid driving above the speed limits. Additionally, you will find several parking services that you can make use of such as Garage Autopalazzo Srl, Parking Turin, etc. Parking options available include short-term parking, long-term parking, daily parking, and many more.