Compare prices on car hire in Varese from all the major brands and find the best deals. When you book through us, unlimited mileage and insurance are always included in the price given. 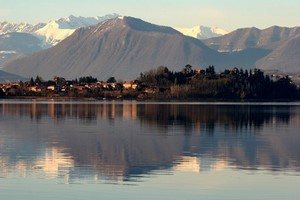 Varese is the capital of the province of Varese as belonging to the Region of Lombardy and is situated at the foot of the Alps. The region is centrally located in the northern part of the country and the city is only about. 10 km from the Swiss border in the north. Several lakes are located around the city and the nearest is the Lago di Varese is to find west of Varese. In 2009 was the population of the city at around 80 000

Varese is best known for being the place where the sacred mountain is located, or the Sacro Monte di Varese. Many pilgrims flock to this mountain which is one of nine sacred mountains of northern Italy, which is listed on UNESCO’s World Heritage list. Other attractions you should pay a visit to the Basilica of San Vittore with paintings from the 1600s, Este-palace with its beautiful gardens that once belonged to the area counts as well as the historical museum.