Compare prices on car hire in Morocco from all the major brands and find the best deals. When you book through us, unlimited mileage and insurance are always included in the price given. 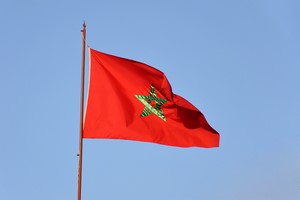 Morocco is located in the northwestern part of Africa, and has coastline on both the Mediterranean and the Atlantic Ocean. The country, which has a population of 32.7 million, or common boundary line with   Algeria and Western Sahara.In Morocco’s own borders is also the two Spanish enclaves Ceuta and Mellilla.

Large mountain ranges dominate the interior of Morocco – from the Rif Mountains in the north to the Atlas Mountains, extending from the center of the country to the Sahara Desert. The highest peak, Jbel Toubkal, is located 4,165 meters above sea level

The climate in Morocco is very diverse. Along the coast – in both the north and west – it is a temperate zone that is characterized by Mediterranean climate. Both the interior and along the coast, the dry winds from the Sahara cause very high temperatures – in fact up to 45 degrees C. Up in the Atlas Mountains can however be below freezing, and snow storms are not uncommon.

Most of the larger cities of the country lies along the Atlantic coast. This includes capital Rabat (1.7 million inhabitants) and Morocco’s largest city, Casablanca (3.1 million inhabitants).Other major coastal cities are Agadir and Tangier (where the weather can look across to Gibraltar and Spain ).Million cities of Fes and Marrakech, however, further inland.

Morocco’s largest airport is the Aéroport International de Mohammed V, and is located at Casablanca.

Car-hire.net offers car rental all over Morocco. Try our search engine to see the list of available cars and prices.