Compare prices on car hire in Breda from all the major brands and find the best deals. When you book through us, unlimited mileage and insurance are always included in the price given. 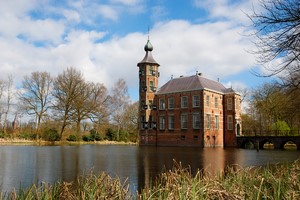 Breda is located 40 kilometers southeast of Rotterdam in the province of Noord-Brabant.166,000 live in the industrial town located north of Antwerp .

Breda is a former fortress that was granted city status in 1252 Breda has a Gothic cathedral, the Groote Kerk. In 1566 a compromise was signed in the city, following a request from Dutch nobility to the governor Margaret of Parma. The compromise set the stage for the Dutch struggle for freedom. By the Treaty of Breda 1667, the Dutch conquests in North America, New York and New Jersey, granted to Britain.Breda is known to be a shoppby in the Netherlands .Among its attractions are Wilhelminastraat, Grote Markt, the city’s core, where the town hall and the Gothic church stands. Forest area in Zandberg and Ginneken south offers hiking opportunities for visitors.

Eindhoven Airport is 45 km from Breda.