Compare prices on car hire in Groningen from all the major brands and find the best deals. When you book through us, unlimited mileage and insurance are always included in the price given. 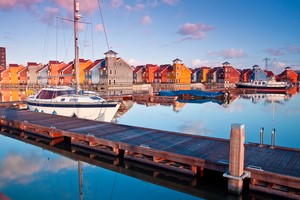 Groningen is the Netherlands’ seventh largest city. The city lies at the confluence of the rivers Aa and Hunza in the province of the same name, north of the country. Groningen channel connection with such Delfzijl and Harlingen. It is the most important trading town in the northern Netherlands , and has 180,000 inhabitants.

Groningen was first described in the 1000’s. The city was in Berlin from 1282 and is today a city universitetsby.1536 came under Charles 5, and in 1580 the Spaniards took over Groningen, before it was recaptured by Morits of Orange in 1594. Old Town, surrounded by canals. Here is the Gothic St. Martin church from 1400-century town hall from the 1800s. Groner museeet is one of the most modern buildings, designed by Alessandro Mendini. Groningen also has a maritime museum and theater bl.ai addition to a lively night life.

Groningen Airport Eelde is ten kilometers south of the city of Groningen.