Compare prices on car hire in Eindhoven Airport from all the major brands and find the best deals. When you book through us, unlimited mileage and insurance are always included in the price given. 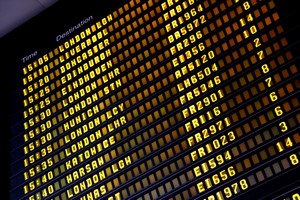 Eindhoven Airport (EIN) is located 8 miles west of Eindhoven and the Netherlands’ second largest airport after Heathrow It is located along the highway A2 (Amsterdam – Maastricht), and one can easily get between the Eindhoven train station and airport bus. The car rental companies are represented at the airport, which lies in the arrival hall, Avis, Europcar, Hertz, National and Sixt.

Eindhoven Airport is both a civil and military airport. In 2008 it was visited by 1,629,893  passengers.It is primarily the low cost airlines serving the airport.

The airport has a single variety of stores books and restaurant Belvedair consists of several sections and offers everything from snacks and beverages to restaurant à la carte.Other facilities at Eindhoven Airport is the children’s playroom, business center, wireless Internet, banks and medical offices.