Compare prices on car hire in Hoofddorp from all the major brands and find the best deals. When you book through us, unlimited mileage and insurance are always included in the price given. 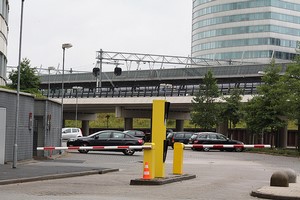 Hoofddorp is a village 20 kilometers southeast of the capital Amsterdam .Hoofddorp Haarlemmermeer is located in the province in the Amstel Land region .70.000 residents live in the village which was formerly a lake: Haarlemmermeer (2007).

The city was founded in 1853, right after the lake was drained Haarlemmmermeer. Two villages, Kruisdorp and Venneperdorp was established in the center. In 1868 they received the names of Hoofddorp and Nieuw-Vennep. The former grew faster and became the center of the region. In the 1900s, was Hoofddorp part of the defensive line to Amsterdam. A fort was built along the main canal, east of Hoofddorp. In 1856 the area received its first windmill. Dirk David van Dijk built the mill which visitors can inspect. Every summer there will be a big festival, Mystery Land, near the village, in addition to several other festivals. In spring, the Meer Jazz in the center.

Hoofddorp is one four minutes by train Amsterdams Schiphol airport , and is the closest city to the airport.