Compare prices on car hire in Alta from all the major brands and find the best deals. When you book through us, unlimited mileage and insurance are always included in the price given. 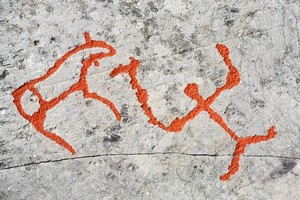 Alta, which has approx. 13,000 inhabitants (18,500 in the entire municipality), located at the Alta area – west of Finnmark, which is Norway’s northernmost county.Alta was granted city status as late as 1999, and most residents live in or around Alta – including Bossekop and Tverrelvdalen. Historically Bossekop been Sami dominated – while Tverrelvdalen has been Kven.

There are several archaeological evidence that Alta has been inhabited for over 9000 years. Stone Age finds in the mountains of Komsa, documenting the so-called Komsa culture, considered to be the oldest settlement findings.

Otherwise, the many rock carvings in Alta and the surrounding area (the oldest is more than 6000 years old) Alta’s biggest attraction. They were discovered in 1973 and is today a UNESCO World Heritage Site. Much of the oldest history is documented in the Alta Museum, which was voted museum in Europe in 1993. Another well-known museum in Alta Tirpitz Museum – a war museum on the basis of 2 World War II and the famous German battleship Tirpitz.

Alta is also known for beautiful scenery – and the midnight sun in summer and northern lights can often be seen here in winter, are popular tourist attractions.