Compare prices on car hire in Bodø from all the major brands and find the best deals. When you book through us, unlimited mileage and insurance are always included in the price given. 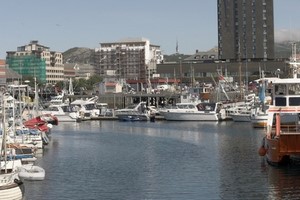 Bodo has approx. 48,000 inhabitants (2010), is the administrative center and largest city in Nordland county – located on the coast in the landscape Salten. Already in the 1500s there was an established church here (Bodin), but only in 1816 did Bodo status as a city.

One of the major tourist attractions is the midnight sun, which shines around the clock in Bodø in period 4 June – 8 July. There is also a sun that characterizes Bodø’s coat of arms. Otherwise, there is much beautiful scenery around the city – and 30 km east of the center we find Saltstraumen, the world’s strongest tidal current. National Geographic has named it one of Europe’s most interesting dive destinations.

Otherwise, there are several interesting museums in Bodø. Most popular is the Norwegian Aviation Museum, which has a national museum of civil and military aviation. Also Salten Museum is well visited. Here you can experience the culture, Sami culture and history of Bodo city. Many will also find its way to the Gallery Bodøgaard located 2.5 km outside the city center. It is a private museum that also contains an interesting collection of Polish and Greek icons.

Music (all genres) is strong in Bodø’s cultural life, and it is held every year several music festivals. The most famous is the Nordland Music Festival (with emphasis on classical music), which takes place every summer in late July (about St. Olaf).