Compare prices on car hire in Finnsnes from all the major brands and find the best deals. When you book through us, unlimited mileage and insurance are always included in the price given. 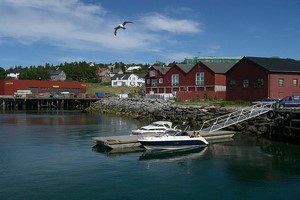 Finnsnes is the administrative center of Lenvik municipality in Troms county – located on the coast, in Senja ( Norway’s second largest island).The city has about 5,500 residents, including village Silsand on Senja, which Finnsnes is associated with by using the above 1000 meters long Gisundbrua. Finnsnes received city status 1 January 2000, and markets itself so that “the Millennium”.

Finnsnes is the trading center for a region that counts about 35,000 inhabitants, and it leaves its mark on the city. Therefore, there is good shopping here – including in the Amphitheatre Finnsnes mall, which opened in 2005.

In areas around Finnsnes are a number of attractions – in addition to the beautiful scenery and the midnight sun in summer. Association Mid-Troms Museum has two of its branches in a reasonable distance from the city: Lenvik Museum and the Museum of Senja. On Senja is also the popular Hulder and Troll park Senja Troll.

If you are ready for a longer excursion, can be 68 km south of Finnsnes visit the world’s northernmost zoo – Polar Zoo. It is located in Bardstown.

The combined military and civilian airport B ardufoss Airport is about. 30 km southeast of Finnsnes.