Compare prices on car hire in Horten from all the major brands and find the best deals. When you book through us, unlimited mileage and insurance are always included in the price given. 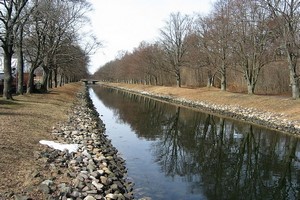 Horten is located in southeastern Norway, at the Outer Oslofjord in Vestfold county, and has about 18,200 inhabitants (2009).

The coastal town of Horten is perhaps best known for its harbor with bilfergeforbindelsen Horten – Moss, where the crossing only takes 30 minutes.The ferry connection between the two cities have been around since 1582.

One of the most visited tourist attractions in Horten is Borre Church from the 1100s – with “Borre” (Borre Park) with the largest collection of royal tombs from year 600 to 900 There is also Middle-earth, which is a historic center with a focus on the Viking Age.

In the idyllic Karljohansvern are several sites, including the Marine Museum, Preus Museum (which is a photography museum) and a local history center.

10 km from Horten center Åsgårdstrand, where the famous painter Edvard Munch (1863-1944) spent much of his time. The house he had been preserved and is now open to the public.