Compare prices on car hire in Kongsvinger from all the major brands and find the best deals. When you book through us, unlimited mileage and insurance are always included in the price given. 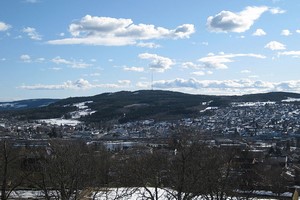 Kongsvinger is situated in Hedmark county in eastern Norway, has 17,400 inhabitants (2009). The city lies at the Glomma, which is Norway’s longest river.Kongsvinger has a rich cultural life, and is also an important commercial center for the region.

Kongsvinger received city status in 1854, and has several historic tourist attractions to showcase. Some of the most visited is the Wings church from 1699 (with an altarpiece from the 1300s), and   Upper Town – Kongsvinger oldest town houses from the 1700 – and 1800’s.The whole area is a living museum, and the top is Aamodt farm from 1801, which today is owned by Kongsvinger Museum. Here, both the City Museum and Art Association’s exhibition. Upper city hosts the summer, “Life in the camp” – with entertainment, food and market stalls.

Another attraction in town is Kongsvinger fortress from the 1600s, which is open to the public. There is also a fortress museum with four exhibitions – where the main shows military history from Viking times to the present day. There will often theatrical performances and concerts at the castle.

Women’s Museum is also worth a visit. There is a large and beautiful Swiss villa from 1857. The museum documents the women’s life and work of Norwegian cultural history, and every summer is the new and current thematic exhibitions.