Compare prices on car hire in Mandal from all the major brands and find the best deals. When you book through us, unlimited mileage and insurance are always included in the price given. 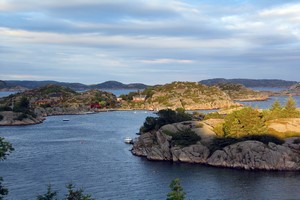 Mandal is Norway’s southernmost city. It is situated in Vest-Agder county, and has 10,500 inhabitants (2008). Mandal river divides the city before flowing into the sea, and in the city’s white-painted Houses and quaint streets and interesting shops and restaurants.

Mandal is a typical summer city, and is often known for its beach and boating, the scenic coastline and promenade along the Mandal River.

Some of the most visited tourist attractions are: Mandal church from 1817, Sjøsanden – one of Norway’s finest beaches, Vest-Agder Museum Mandal (in Andorsen farm from 1805 – with the local historical fisheries museum and art collection) and Risøbank – a protected plant from 1901 with the main building , gardener’s house, garden and outbuildings as well as recreation areas with beaches and tennis court.Mandal Art Association has offices in the main building 2 floor, where visitors can see the painting exhibition of local as well as national and international artists.

Shellfish Festival in Mandal is a tourist attraction, where seafood is the focus. The festival also has entertainment and concerts, and held 2 weekend in August each year.