Compare prices on car hire in Sarpsborg from all the major brands and find the best deals. When you book through us, unlimited mileage and insurance are always included in the price given. 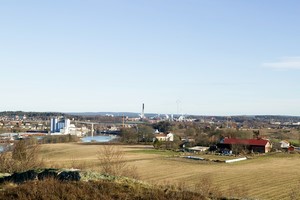 Municipalities of Sarpsborg in Østfold county lies entirely south of Norway , and has about 52,200 inhabitants (2009).The municipality has a coastal line of the Oslo Fjord, and the river Glomma runs past the town. Near the center of Sarpsborg it falls abruptly into Sarpsfossen – which has the greatest water flow of the waterfalls in Europe.

Sarpsborg was founded in 1016 by King Olav the Holy, and is thus one of the oldest cities.

The city has several historic tourist attractions – including Sarpsborg Church from 1845, Hafslund Manor from 1761 (with park area, which contains 3000 year old rock carvings) and Borgarsyssel Museum (located at Sarpsfossen) – a cultural history museum exhibit of artifacts from the Stone Age to the present day.The site also has several old buildings.

In addition, Sarpsborg great shopping center with boutiques and department stores, and it is the summer of beautiful beaches in the area. Activity Center “Super Country”, located in the Quality Hotel & Resort is an attraction for the whole family – with water park, indoor ice rink, fitness center etc.

The city’s annual cultural festival – Olav Festival – held in August, and draws many tourists to the city. The festival offers concerts, the Viking activities, exhibitions and historic theater “sword”.

The nearest airport is Airport Moss – Rygge , which is located 25 km south of Sarpsborg.