Compare prices on car hire in Philippines from all the major brands and find the best deals. When you book through us, unlimited mileage and insurance are always included in the price given. 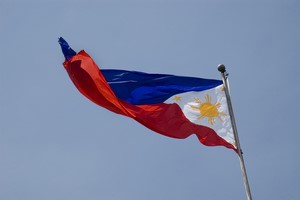 The Philippines is an island nation in the Pacific with 92 million inhabitants (2009), which lies off the coast of Southeast Asia. Philippines consists of 7107 islands that are surrounded by the South China Sea, Sulu Sea and Celebessjøen.

The country’s largest islands are Luzon in the north and Mindanao in the south. The highest point is Mount Apo, which is 2954 meters above sea level Most of the islands are forested volcanic islands – of which 20 of the volcanoes are active. The landscape consists of fertile soil, tropical rain forests in the interior, and large areas with palm trees along the coast.

The country has a warm, tropical climate all year round – where the average temperature is + 25 degrees. High season for tourists is from November to May, when the country has the least rainfall.

The capital of Manila is the country’s second largest city with 1.6 million inhabitants within the city center.

Manila is located on the island of Luzon, and is a vibrant city with both old and new buildings. The capital is also the country’s economic, cultural and industrial center.

The country’s largest city is also located on the island of Luzon, and called Quezon City (2.7 million inhabitants). Other major cities in the Philippines is Cooloocan, Davon City, Cebu City and Zamboanga.

The main airport in the Philippines is the Ninoy Aquino International Airport, located 7 km south of Manila.

The biggest tourism is the island Borocay – located 35 min. the flight time from Manila. The island is famous for its beautiful white sand beach “White Sandy Beach” on the west coast.

Car-hire.net pick car rental from several companies both in Cebu and Manila.